Liberation builds 'swingers' brand An upmarket swingers' club based in the Midlands is preparing to roll out its Liberation brand nationwide with the creation of the UK's first swingers hotel chain.
The company already owns a property in Leicestershire, which operates as a business hotel called Liberty during the week.
Its founder, Neil Armstrong-Nash, said he now plans to open a 140-room hotel in London by February.
He added that the brand would be rolled out as a franchise operation, backed by a six-figure marketing spend.
'This is an untapped market, which is worth at least £.700m on conservative estimates of membership fees,' claimed Armstrong-Nash.
Research conducted for the company by YouGov has revealed that there are more than 1m swingers in the UK, 50% of whom live in London.
By Rachel Barnes
Source: Marketing (UK), 10/13/2004, p1, 1p Item: 16810193 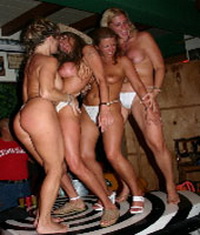