The article deals with certain aspects of swinging, an agreement between husband and wife to have sexual relations with other people.
It deals with general characteristics, activities, methods of meeting swingers, reasons for swinging, stages of swinging, type of swingers, and possible advantages and disadvantages of swinging.
Conflicts in the current research are discussed. In considering swinging as a trend several theories are proposed by various researchers to explain the phenomenon.
Recently, figures have dropped regarding the number of participants which leads the author to suggest that swinging is on the decline and may indeed become an activity of the past.
It appears that those who engage in swinging activities have similar backgrounds and personality traits according to the various studies.
Furthermore, a literature review shows that there are few documented investigations of the subject. Swinging is considered threatening to the concept of marriage. 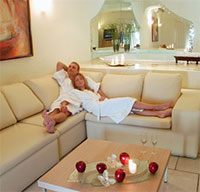