London is swinging again--literally--at least when it come to a randy group of bold-faced names in the sleepy enclave of Primrose Hill. Can die-hard Hollywood partyers keep up?

It has become known as Promiscuous Hill--and sometimes, Babylon. The deceptively quiet, upmarket London neighborhood of Primrose Hill on the border of Regent's Park has become notorious, thanks to a freewheeling group of mostly single parents with time on their hands and money to bum. Some are talented and successful, others less so, but one thing these modern-day hedonists have in common is that they can't keep their hands off one another.

The British tabloids call them the Primrose Hill Swingers--they include Jude Law; his ex-wife, Sadie Frost; his on-again, off-again girlfriend, Sienna Miller, and her perhaps beau, Daniel Craig--or the Moss Posse, after another member, Kate Moss. And while they may remind some of Mick Jagger and Marianne Faithfull in their younger days, these randy Brits are in a class of their own.

Or are they? It depends on whom you ask. Some say the Primrose Hill set is ushering in an era of New Hedonism, where partner swapping, drug taking and extreme behavior that makes Girls Gone Wild seem tame is the norm.

Other observers, though, contend the London lot are simply wailing in the wake of the wild children of Hollywood--a class that was formed by Madonna in her Like a Virgin phase and subsequently included Lindsay, Nicole, Britney, Christina, Leonardo and pretty much any young star you can think of.

But just as London seems to be getting randier, Hollywood is entering a different phase, settling down with husbands, children or longtime partners. Even Madonna recently admitted to Ladies' Home Journal that she's a strict disciplinarian when it comes to raising her children.

Well, discipline is perhaps what the Primrose Hill pack could use (and not in that naughty British way). In addition to Moss, her actress-cum-designer friend Frost and Law, the clique includes the singer Pearl Lowe, who has admitted in the tabloids to wife swapping in Ibiza with Jude and Sadie, and Davinia Taylor, a TV actress and toilet paper heiress who reportedly slept with Sadie's dog-walker boyfriend Barry Smith (the girls remain friends, however).

While Miller may not be a wild child by, say, Moss standards, she certainly knows how to grab a headline. Her widely reported, two-week fling with Craig and her tearful encounter with Law at the Costes Hotel not long after their breakup (and after Law's night out with Salma Hayek) prove Sienna is quickly learning how to be a diva. In young Liz Taylor fashion, she fled to an exclusive resort in the Maldives shortly after the Law and Craig news broke (which might have helped--speculation is rampant Miller and Law are an item again). But a girl also has to carve out a career. After a successful run in the West End production of As You Like It, she's hoping to star in a new London production of Pygmalion, alongside Rupert Everett next fall. In December, she's coming out with Casanova, in which she stars alongside Heath Ledger, and will soon begin filming Factory Girl, where she stars as Warhol babe Edie Sedgwick.

The British tabloids--being, well, tabloids, not to mention British, which means they have a healthy obsession with anything to do with sex--feast on the Primrose Hill set's daily lives, with tales that range from romantic dalliances to girl-on-girl sex, from drug taking to that curiously old-fashioned form of debauchery, swinging.

"They're a bunch of very good-looking, pretty interesting kids who are clearly enjoying the rolling hills of Primrose Hill," says Charles Finch, the London-based celebrity manager. Finch, whose father was the late actor Peter Finch and whose mother is the writer Yolande Turner, also believes the Primrose Hill dynamics are driven by the women. "You have these very strong, interesting, highly promiscuous, very druggie kind of wild women," he observes. "On the other hand, the boys--Jude and Daniel--are much weaker."

India Knight, the novelist and columnist for The Sunday Times of London, who lives in Primrose Hill with her family, goes a step further. "I think Moss has a healthy sex drive, shall we say, and is genuinely a real party girl," she says. "She's the real deal. I think the others are trotting pitifully in her wake, trying desperately to keep up and look 'cool,' because if Kate does it, it's OK."

Knight is one of many observers who find the Primrose Hill set less than amusing. While the group draws its inspiration from--take your pick--Mick and Marianne, F. Scott Fitzgerald (the theme of Moss' 30th birthday party was The Beautiful and the Damned), Virginia Woolf and her Bloomsbury Grouly--Knight notes that there's really no intellectual or bohemian dimension at all to their lifestyle.

"They feel they're being bohemian and fabulous," Knight says. "Actually, they're sordid and kind of suburban, unless you find the idea of Seventies key parties deeply exalting. It's certainly almost entirely drug- and alcohol-fueled. And they're not bright, so it's fueled by stupidity, too--not even by curiosity. They're hardly Aldous Huxley experimenting with mescaline."

London interior designer Nicky Haslam, who lived through the swinging London of the Sixties, agrees with that assessment. "Many of them rushed into marriage and into being mummy and daddy and being 'wonderful' with the children," he says. "At the end of the day, they're living very prescribed lives." And while the Bloomsbury Group may have lived in squares and loved in triangles, as the saying goes, theirs was truly an experiment in alternative living in the Victorian era. "They stuck two fingers up at society with their ideas about liberty, freedom and flee sex," says Virginia Nicholson, author of Among the Bohemians: Experiments in Living 1900-1939, and a great-niece of Woolf's. "And the sex was guided and propelled by love."

But Finch feels there's no point in overthinking the Moss Posse's motives. They're not, he points out, even as socially ambitious as their predecessors. "Mick Jagger was a tycoon, and his set was quite grand bohemians, more artistically driven, and grappling their way up the society ladder," he says. "It was like the Gettys meet the Jaggers meet the Wellingtons meet the Rothschilds. The Primrose Hill set isn't trying to climb anywhere. They're kind of cool, and they're just having a fun time."

At the same time, Knight says, the Posse is part of a larger, "slightly edgier, more culturally aware, more liberal crowd, who would rather die than be flashy. They'd never wear anything obviously 'designer,' but their clothes cost thousands. Their houses may be palatial, but they're quite likely to have peeling paint--and priceless art--inside."

Finch would even argue that the neighborhood isn't to blame. Rather, the Primrose Hill partyers have been taking lessons from their Los Angeles cousins. "I think L.A. has had a real cultural impact on London in terms of wild dress codes and attitudes," he says.

But has L.A. really come to London--or vice versa?

After all, the Primrose Hill set's Hollywood counterparts are clearly entering a more conservative phase. "Who, me? I'm a boring married lady," protests Selma Blair, who's recently been less visible on the party circuit.

Former wild-child stars Gwyneth Paltrow, Kate Hudson and Liv Tyler seem to have settled into domestic bliss with their rocker husbands as well, and are now more likely to be snapped by paparazzi pushing Bugaboo strollers. Even Britney Spears has gone low-key in Malibu since her wedding and the birth of her son. And let's not forget that despite her trash-tastic image, Spears has had only one other serious beau, Justin Timberlake. Ditto Christina Aguilera, herself a serial monogamist now engaged to music exec Jordan Bratman.

Teen queen Lindsay Lohan may be crashing her Mercedes with alarming regularity, but she's certainly not collapsing in dubs or getting DUIs. "It's all about balance," says Lohan's stylist and good friend, Rachel Zoe Rosenszweig. "OK, so these girls go out, but they're home by midnight sleeping so they can go to work the next morning."

Even Paris Hilton's former sidekick, Nicole Richie, has toned down her act and now makes a habit of posing perfectly coiffed and dressed at fashion parties where her fiancé, DJ Adam Goldstein, is spinning tunes. The same cannot be said of Hilton herself. Although she vowed to settle down during her short-lived engagement to Paris Latsis, the celebutante ultimately declared she wasn't ready to trade her career and partying for domestic bliss. So she dropped one Greek shipping heir for another, and now cavorts with Stavros Niarchos.

Maybe Hilton should check out Primrose Hill; there are certainly some prime properties on the market. Better yet, if Charles Finch has his way, the neighborhood will even have its own TV show. "It's very early days, but we're developing a show about all the love affairs, lusts and desires there," he says, adding that the characters will include a model, an actress, an ex-wife, a writer, a gardener and a policeman.

The time is certainly ripe. "Now, when you say you live in Primrose Hill, people give you a knowing look," says Knight. "It's the nicest neighborhood in London, but in some people's minds it's inextricably linked with sleaze. Not even sexy sleaze--grotty sleaze."

Copyright of WWD: Women's Wear Daily is the property of Fairchild Publications, Inc.. The copyright in an individual article may be maintained by the author in certain cases. Content may not be copied or emailed to multiple sites or posted to a listserv without the copyright holder's express written permission. However, users may print, download, or email articles for individual use. 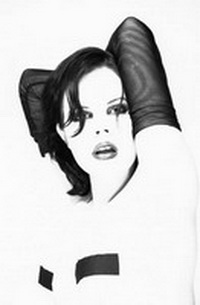